Para-Golfer – on the ground at Half-moon bay

Published November 17, 2017 | By Graham Bolton
Hi Everyone – I have attached a video belo 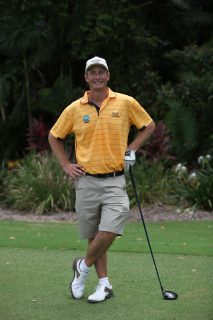 w of Ben hitting a driver off the 12th tee at Half-moon bay golf club over the water. It’s a tricky tee off and Bens ball went 150 metres down the middle!
The Para-golfer is now on the ground at Half-moon bay golf club. I have so far been helping Cecily who stroke sufferer and Ben who has lost the use of his legs to get into and use the machine.
Cecily so far has found that it is a far easier method than getting in and out of golf carts. This had been a huge energy sapper and limited how many holes could be played at one time.
Ben quite frankly smashes it. He did so well that we are planning to join in with a members 9 hole comp in a few weeks. It’s amazing stuff that having access to the machine can open up.
If anyone would thinks it might help or someone you know them to get onto the golf course then please get in touch.  We are really just scratching the surface of who can use it so far and it is a game changer for people such as Ben and Cecily who can now get back into golf.
Ben Smashing Driver

Hi Everyone - There will be again another come and try All Abilities clinic at Half-mo[...]

Golf in Cairns and far north Queensland is something special. We have many excellent golfing opt[...]

A bit of a different blog this time round- Co-Written with a buddy of mine (Peter Arnott) from S[...]

Hi Everyone - I will be running another series of ladies golf clinics in a few weeks at the Half[...]

Hi Everyone - we now have 5 junior clinics lined up for term 3 at Half moon bay golf club. The e[...]