A Licence to Experiment 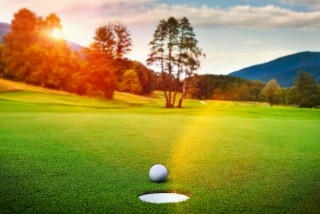 As an up and coming junior golfer I spent countless hours with my friends working on our games after school and on the weekends. My father would punt me out of the car and off I went. It’s not that he didn’t care but this was a Dad who made his own boat at 8 years old and towed behind his bike on an old pram to go fishing in. He knew we were fine!!

Because we had no parents telling what to do we would play, compete and try lot of different ways of doing things. Looking back now as a golf professional, I lived in a developmental dreamland. The golf course was our playground with a free rein to trial and error methods.

I was always a gun being able to make a ball go under-over-round or through the trees on the range. This was no skill passed from generation to generation and I organically figured out how to shape the ball at will with pretty much any club in the bag. This skill following me onto the golf course and countless times in stroke or match-play I could hit a shot that seemed to defy the laws of physics and end up safely on a green from an impossible situation. One time out on the course playing a match my ball finished behind a large tree well to the right of a long par 3 green. My opposition walked over to check out my predicament and it was pretty obvious that either a chip out or a crazy shot through small window of the trees limbs was on. Of course, I went for the gap and knocked it in the hole. Great way to unsettle your opposition that.

Round the greens it was game on with my buddies. Putting comps and chipping comps were a staple with the prospect of beating one of the better kids holding a major championship like appeal. The pain of failure was real but a catalyst to get back out and figure out how to get better. The goal was straight forward.

If we were not having comps then we would be figuring out how to win those comps by coming up with the shots we needed to get the job done. I would throw balls down all around the chipping green then using a number of different clubs figure out multiple methods of getting the ball effectively close to the hole. I soon worked out that while I could play a Phil Micklesonesk flop shot with a 60 Degree wedge from the fridge a bump and run with a 5 iron is a better play.

We saw failure as a step on the road to success. We never practiced within our capabilities but rather right at their breaking point. No easy bunker shots for us but rather a plugged ball on a side slope. For those of you who come to my weekly short game clinic and wonder how I get those the balls close to the hole after burying it the reason is I’ve done it and hard a thousand times or more!

As juniors we weren’t taught how, we just figured it out.

So how do my formative years as a golfer help you get better as a player? The big takeaway is to be playful and exploration in your practice. There are many different ways of playing a shot and the best way to figure out what’s best is to try different methods out with no stigma attached for failing a few times along the way.

Hi Everyone - There will be again another come and try All Abilities clinic at Half-mo[...]

Golf in Cairns and far north Queensland is something special. We have many excellent golfing opt[...]

A bit of a different blog this time round- Co-Written with a buddy of mine (Peter Arnott) from S[...]

Hi Everyone - I will be running another series of ladies golf clinics in a few weeks at the Half[...]

Hi Everyone - we now have 5 junior clinics lined up for term 3 at Half moon bay golf club. The e[...]